This discussion will cover:

There will be a time for Q&A at the end of the webinar, and a recording will be available online following the event for anyone unable to view the webinar live

Volunteer leader for runners at Daybreak

I teamed up with JOY CLIMBERS to support the @WaterboysOrg mission of providing clean water to 1 million people. Join us in saving lives & helping communities thrive. #DigDeep #Kilimanjaro #Tanzania #climbforacause

AN ORGANIZATION YOU CAN TRUST.

World Hope International is committed to sound stewardship and using your gift to deliver the most effective, sustainable solutions for alleviating poverty, suffering, and injustice. In the fiscal year 2019, 91% of all expenditures went to program services. In order to use our resources in the most efficient manner possible, we may deem it necessary to redirect your contribution to the greatest need or our general purposes. Wes Dupin is the Founding and Lead Pastor at Daybreak Church in West Michigan where he has served for 29 years. He has a heartbeat for evangelism and is a champion for those who are seeking God. He served as a Director for his dad’s ministry for 15 years, including 80 crusades around the world and trained nearly 10,000 people to share their faith. He is a creative leader and teacher who seeks innovative ways for sharing the pathway to salvation. Under his leadership, Daybreak has been profiled by Peter Jennings on ABC. His new book, Almost Chosen, focuses on how we can have a renewed passion for evangelism. Wes loves adventure including climbing mountains, two NYC marathons, kayaking, and long distance bike rides. Wes and his wife, Claudia, who serves as Executive Pastor, have two married sons and six grandchildren. 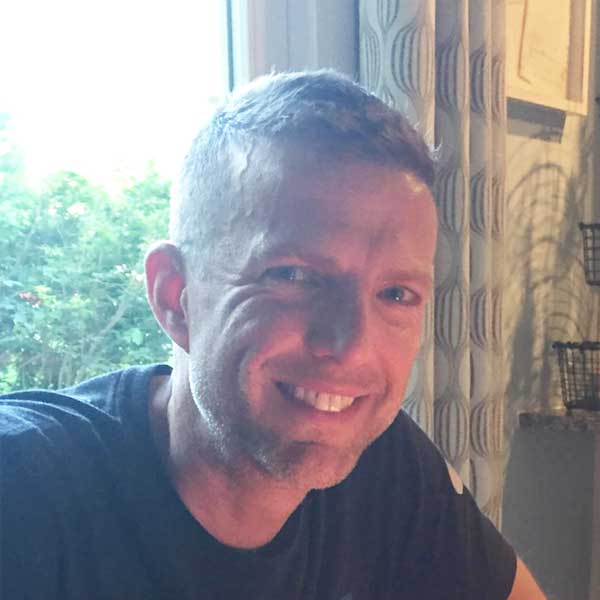 Ron Bussa is a very active person that loves running, soccer and family.  As the volunteer leader of Hope Water International – Team Daybreak, Ron has led a local faith-based running group for the past three years.  Over this time, through his leadership and the team’s faith-based approach, this team has raised over $400,000 for access to clean water for the beautiful people in Sierra Leone.

Ron loves to impact the world globally through acts of kindness and generosity locally.  Ron has traveled on multiple mission trips to Sierra Leone and witnessed firsthand the positive impact that World Hope International, Hope Water International, and Daybreak Church can have on a village when organizations work collaboratively to accomplish common goals.  To date, Ron has completed five marathons and has helped over 100 teammates do the same.  When Ron is not running with Team Daybreak, he is active with his three daughters, coaches youth soccer and volunteers at church. Sara Hastreiter is an adventurer of the highest degree. Her accomplishments to date include sailing across every ocean on the planet and at just 34 years old, her global exploration and charitable work have also taken her to 52 countries and to the top of three of the world’s highest mountain peaks. Sara also competed as part of the most successful all-female team in the 42-year history of the Volvo Ocean Race—a fiercely competitive, male-dominated professional sailing competition known as “the Everest of sailing” and one of the most grueling sporting events in the world.

After eight years as a professional sailor, Sara has now set her sights on setting the world record as the first female in history and only second person ever to sail all Seven Seas and climb all Seven Summits. With all seven seas and three of the seven summits—Mounts Aconcagua, Elbrus, and Kilimanjaro—already complete, Sara is well on her way to achieving her goal. WHI is proud to partner alongside Sara as she pursues this world record for all the world to see.

A trailblazer to her core, Sara holds a degree in African Studies and has worked since an early age to help address the social side of HIV/AIDS, including fieldwork in both Tanzania and St. Croix. Now she spearheads her own charitable campaigns, like the “Aconcagua for Austin” campaign to raise money for treatment for 5-year-old childhood cancer survivor Austin Biggs or teaming up with an organization like Sol Relief, Operation AirDrop, and WHI to provide immediate relief to victims of Hurricane Michael in Florida

Beyond her adventuring and humanitarian work, Sara is an experienced, results-driven brand ambassador, with a proven ability to connect with audiences and drive engagement. Serving as the spokesperson for Team SCA during her time in the Volvo Ocean Race, Sara promoted global feminine hygiene education initiatives in partnership with the Water Supply and Sanitation Collaborative Council (WSSCC)—a global, multi-stakeholder membership organization hosted by the United Nations. Following the Volvo Ocean Race, Sara volunteered her sports celebrity to raise more than $1.5 million USD for some of the world’s most vulnerable communities through taking part in Sports Relief’s “Hell on High Seas” adventure sailing challenge in the UK. As noted in a letter from Billy Jean King, Sara has been a part of showing “girls and women around the world that we can accomplish anything and to dream big.” Tanya Nace is an organizational leader with a background in non-profit recruitment. At World Hope, Tanya was elected Executive Director by the Board of Directors in December 2017. Prior to this, Tanya served as Director of Mobilization for TEAM, where she led the recruitment of 326 long-term missionaries. Tanya brings experience in international communication, strategic thinking, system development, and management. She holds a bachelor’s degree from Kingswood University and is completing a master’s degree in Organizational Leadership from Indiana Wesleyan University.

You have Successfully Subscribed!